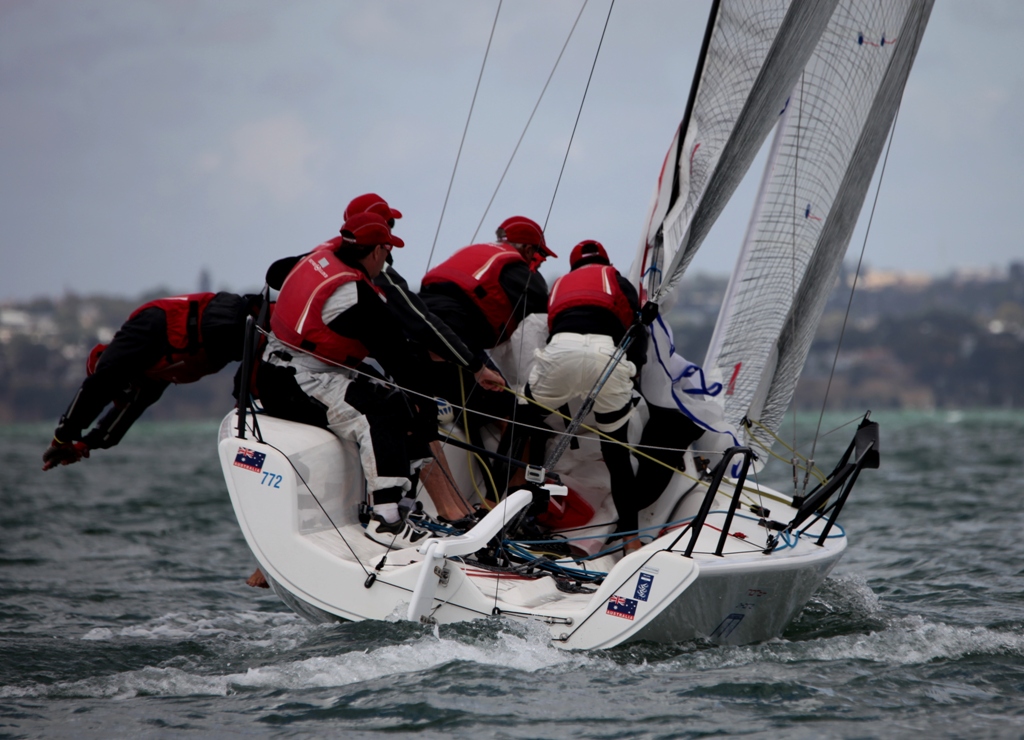 Royal Prince Alfred Yacht Club team Northshore Marine fought hard to the very end to win the 2013 Melges 24 Australian Championships over the Australia Day long weekend at the Festival of Sails in Geelong.

The majority of the RPA fleet and their families made the trip down to Geelong, enjoying the racing on the water and excellent entertainment afterwards provided by Royal Geelong Yacht Club.

The win was made sweeter knowing the regatta was being watched eagerly by the international Melges 24 fleet on social media in preparation for the World Titles in Geelong next year.  It is fitting that Geelong hosts the first Australian Melges 24 World Championships as the Festival of Sails Regatta is one of the nation’s oldest sporting events, first held in 1844.

Northshore Marine is the Asia Pacific distributors of the Melges class.  “We have worked hard to create an inclusive, competitive one design class that is great fun to race.   Both Chris and I are shipwrights and have plenty of experience in high performance racing; we had prepared the boat well and knew it would come down to crew work and tactics.  It was a tough series against some of Australia’s best sailors” said Heath

“It was great to see some of the other RPA teams we manage like Amigos getting in the top three places during the regatta.  Nathan races Melges all around the world; he has been working with us to provide coaching to the Australian fleet.  He came second to Warwick in the North Americans last September so it was good to get the win this time. The class is growing rapidly, two of the boats were sold at the Nationals in view of the Worlds in Geelong next year” said Chris.  “We would invite club members to contact us for a test sail if they’re interested in competing in the Worlds next year”.