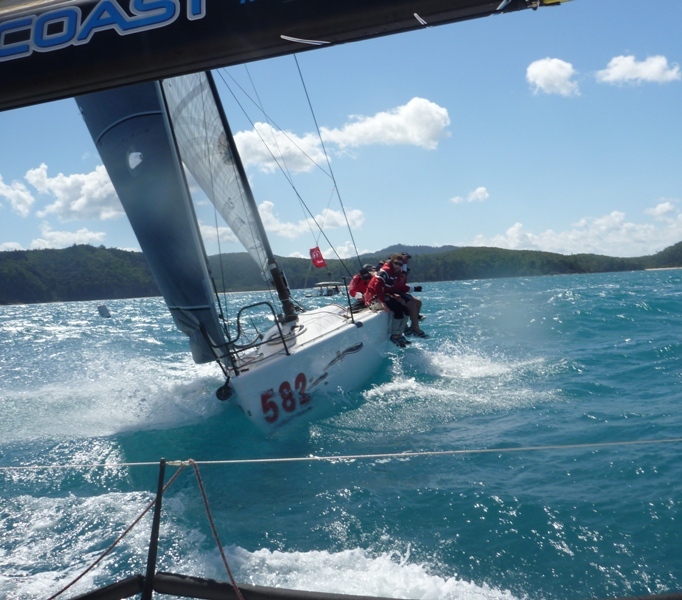 The mining townships of Miles and Banana, inland Queensland are starting to get accustomed to the site of Melges 24’s and Melges 32’s on their annual migration route North to kick start their sailing seasons in the spectacular Whitsunday waterways for Airlie Beach and Hamilton Island Race Weeks.

The Leichardt Highway is normally home to six meter wide mining trucks towing massive parts but around August each year the sleek white hulls can been seen as Melges Asia Pacific use their purpose vehicles to transport Melges North as part of their step on step off racing service. Passing comments like “You’re a long way from the coast” and “What are you doing out here? ” are common as the fleet is towed through the beautiful countryside and cotton fields of inland Queensland.

Several of the Melges 24’s will stop off in Airlie Beach to compete in the Sportsboat division of the Telcoinabox Airlie Beach Race Week 10-16 August.

The AUDI Hamilton Island Race Week 18 -25 August, promises both Melges classes exciting one design racing in the turquoise tropical waters of the Whitsundays.  The racing conditions on offer are a favorite for the Melges classes; plenty of wind and flat water provides the tight tactical racing they thrive on.

The racing program consists of a week of one design windward / leeward racing, broken up with some short round the Island races where boats get to mix it up with other competitors.

AUDI Hamilton Island Race Week is the first event in the prestigious Melges 32 Australasian Cup Series for the upcoming 2012 – 2013 regatta season. The series is made up of selected regattas from the Annual regatta Schedule.  A formal presentation will be made to the 2011 -2012 series winner at Hamilton Island Yacht Club during the regatta. 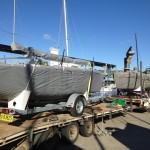 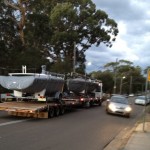 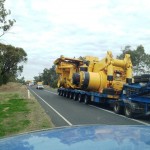 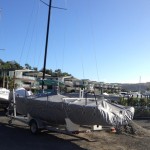 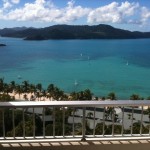 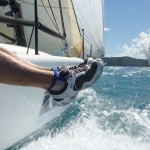 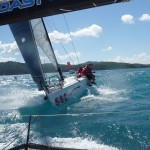